By Julie RoyeOctober 14, 2020No Comments 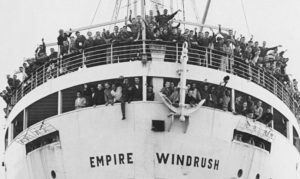 On the 22nd June 1948 a ship called the Empire Windrush set sail from Jamaica to dock at Tilbury, Essex. This was the first ship marking the arrivals, mainly from Jamaica, to the UK. The request came from the British Prime Minister to the Commonwealth countries to come and help the Mother country, post-WWII. This was mainly as there was a huge shortage or labour at the time. The ship sailed carrying 492 passengers, who were both excited and apprehensive about the kind of welcome they would receive. There was a common saying that the streets of England were paved with gold.

My father was also an early arriver, coming to the country in 1956 from Barbados where he docked on the ship at Curacao. He was a carpenter and worked for the Greater London Council (GLC). This made me think of all those who have been affected by Windrush generation and their children.

Professor Dunkley-Bent, born to Caribbean parents, has had a long career which has spanned working as nurse, midwife, the national maternity safety champion, advises on standards and practice in healthcare together with academic roles with two London universities. Not forgetting that she currently holds the position as first Chief Midwifery Officer in England, Professor Dunkley-Bent in 2015 won the Health Service Journal BME Pioneer Award and received her OBE in 2017.

The Chief Midwifery Officer is the most senior midwife in England, who provides professional, strategic and clinical leadership to colleagues working across the country. Her experience and has led her to lead on strategic boards where she influences healthcare, nationally and internationally through extensive research and education. She produces publications and is frequently the main speaker at national and international conferences. Recently she has been the pioneer on the digital red book that parents have when they have a baby. This digital red book enables parents to have better access to medical records, physio for mums post-labour and to improve the continuity of care for critically ill new-borns.

As youngster, there was a well-known programme that would come on late at night called the ‘The Sky at Night’ with Sir Patrick Moore and his monocle.

Dr Maggie Aderin-Pocock MBE was a space scientist born in London to Nigerian parents in the early sixties.  During her early years she moved between 13 schools, which affected her learning and it was later recognised that she had dyslexia. This did not stop her education and she went on to graduate in Physics and later took a PhD in Mechanical Engineering. Dr Aderin-Pocock works for the Ministry of Defence on projects ranging from missile warning to landmine detectors but the wonders of space were her first love. This love has led to her becoming a lead presenter on ‘The Sky at Night’. 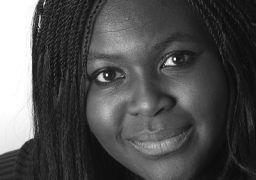 Alongside her academic work, Dr Aderin-Pocock has relentlessly pursued a schedule of school visits – setting up her own company in the process – to give children a whistle stop tour of the universe as well as offering a glimpse of the excitement, the wonder, the sheer joy of prodding away at some of the biggest questions we humans wrangle with.

Dzagbele Matilda Asante born in 1927 in Accra in then the Gold Coast (now known as Ghana).Born to a well to do family her father worked in the Treasury department of the British colony known well at the time to be positions only held by Europeans. Post such as her father’s where called ‘European appointment’. There was a clear colour bar and class bar within the British colonies where segregation was vast.

Whilst it was unusual at the time for most girls to have secondary education, Dzagbele did not only complete her secondary schooling with a School Certificate (equivalent to GCSE), but went on to teach at Accra High School, which was founded by a Sierra Leonean named Rev. JT Roberts. He was one of a number of Sierra Leoneans to establish schools in the Gold Coast.

Teaching however was a temporary job, whilst she waited for arrangements to be made by her father for her to travel to the UK to study nursing. The profession was decided by her father, who also got one son to study medicine at Leeds University and another son to study law at Oxford University.

The ship departed from Gambia for the UK, where Dzagbele arrived in Dover in the summer of 1947. There she found the weather cold and was soon taken by the British Council to the Colonial Hostel in Collingham Gardens, near Earls Court. Shortly after arriving she started her nurse training.